Linux Tips And Tricks To Improve Your Workflow

A blog post covering some commands and aliases to help make your life easier.
Tl;dr at the bottom for a quick reference.

Cycle through the last arguments of previous commands - ALT + .

Going back and forth

Go back where you came from
cd - : go to previous working directory

Instead of holding down on arrow keys, make use of the following:

Once you found the command, you can either press Enter to execute the command. But let’s say you don’t want to execute it as is and want to add some arguments to that command. You can press Tab to put it on your screen to work with.

Sudo alias is required to be able to use sudo functionality with aliases.

Example is covered in the python server section 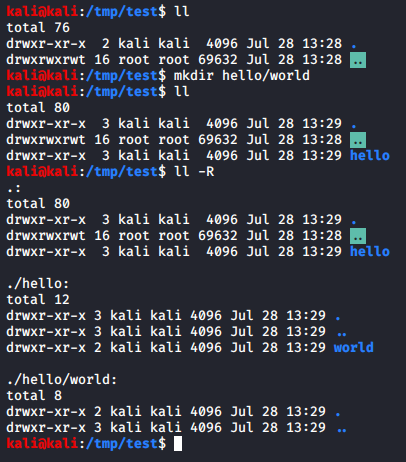 If you’re working with similar lab or a course like offsecs’ PWK, you could make an alias like that. Also you can launch the lab from anywhere, with a single command which is nice.

Below are the aliases I used in my PWK lab for connection purposes:

Lists only IPs of all the active connections.

If you don’t like just printing out the IPs and want their respective interfaces as well, you could use the following:

By default the server would start on port 8000

Arguments can be appended as normal, if port requires sudo, command can be executed with sudo as well (this is where the sudo alias comes in handy)

Exports can work as your constant variables, if there are certain wordlists that you often use, typing out the entire path of the wordlist can get cumbersome, this is where exports can give you a hand.

To utilize the export you just created, you’ll use it as any other bash variable. Let’s take an example of gobuster:

Similarly more exports can be set up to help improve your workflow.